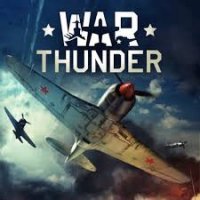 War Thunder Games Back when simulated man Tim Stone declared War Thunder [official site] one of the best sims, it wasn’t even out on Beta. Gaijin Entertainment have declared their free-to-play aeroplane-a-tank battler is officially ‘released’ and out of beta. War Thunder is still missing several long-planned features, like proper (more…)

1001 Arabian Nights is back with an all new adventure! Match 3 or more to unlock challenging levels. How far will you get? (more…)

You can beat each of these challenges if you play your cards right. (more…)

Feeling lucky? Then try out these exciting slots and their nine different paylines. (more…)

Hurry up, ‘cause this train o’ fun is about to leave the station! (more…)

Here’s a jigsaw puzzle for fairytale lovers! Can you put this legendary story back together again? (more…)

Einstein said, ‘God doesn’t play dice with the universe.’ But that doesn’t mean you can’t! Play against friends in this multiplayer game. (more…)